The 1960’s find Lloyd and Maxine along with all four kids living in Stockton, CA. My father in law Lloyd moved to Stockton first, began his job and lived in a small apartment. We are so used to reading Maxine’s words as she left a diary for every year of her life. She didn’t always reveal her inner self in her diary but occasionally she would let her feelings show. 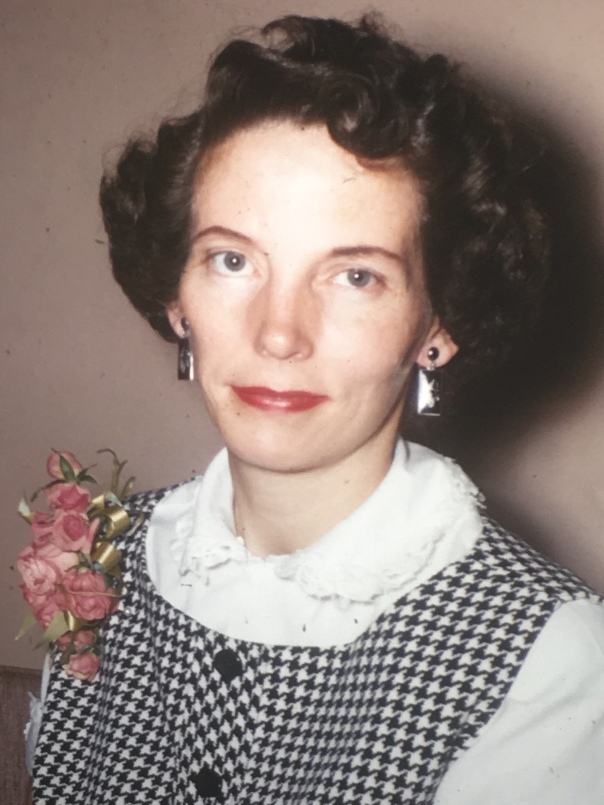 On the other hand, Lloyd never wrote in a diary. But, we found some letters he wrote in the mid 1960’s to his parents. He wrote, “I hope that next time Mom goes to S.F. that she remembers her long “woolies” so that she doesn’t freeze to death in the S.F. cool.” That sentence made me smile. I can hear his voice in my mind. His letter details what it was like to live in Stockton in the mid-1960’s. He said, “The downtown area of Stockton is rather “ratty”. So, downtown Stockton was “ratty” in the 1960’s? How long ago was downtown Stockton great? Good lord, 60 years of a crappy downtown. Well, maybe someday it will get better.

His letter says the house he’s looking at is “2 1/2” blocks from Kelly Park which is a neighborhood development of Colonial Heights for which we pay $28.00 a year for it’s use.”  He ends his letter saying, “… can hardly wait for the September 17th, date which is our tentative get together time” with Maxine and the kids. 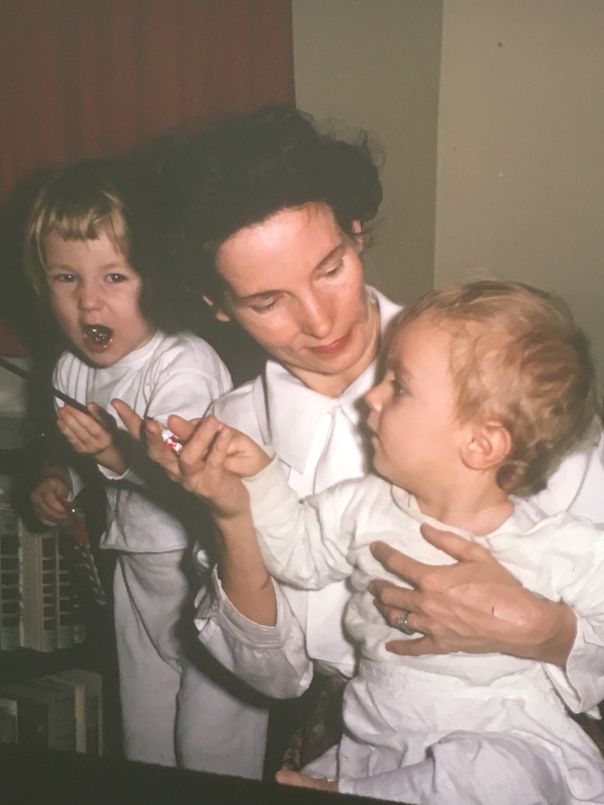 On September 11, 1966, Lloyd says “It was so exciting to talk to Maxine this morning because it is our last ‘Sunday’ call. She and those dear children of mine should be in Stockton next Saturday morning unless something terribly unforeseen happens between now and their arrival.”

He was waiting to hear about his home loan, “Although I haven’t yet received final word on the house loan, I’m hoping against hope I’ll get the final approval tomorrow.” He did. 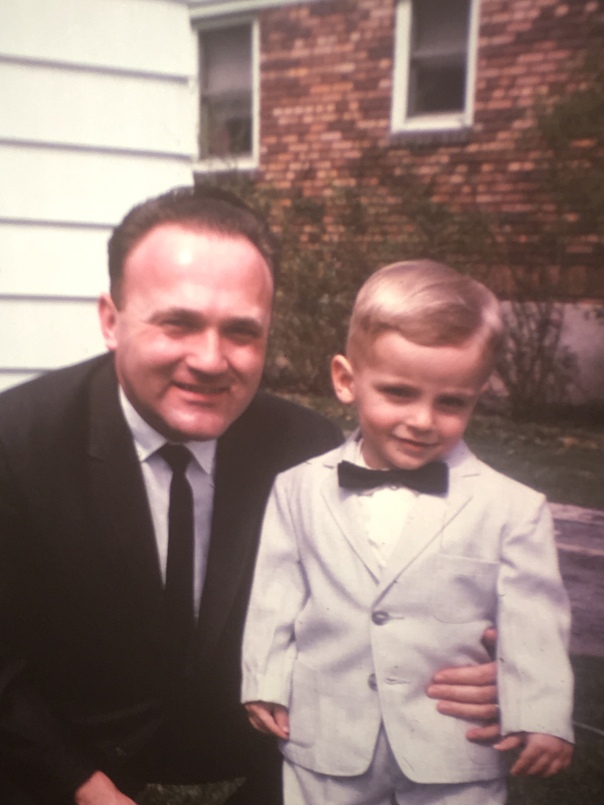 His next letter is from September 18, 1966 and he says, “I sat in our garden today, under the great oak that dominates our backyard scene. I had in my hand several bunches of sweet concord grapes and a bunch of Flaming Tokay grapes that I had picked from the grape arbor at the end of the lot. They were simply delicious, so sweet and so fresh”. They had such a beautiful lot. Those grapes were there for a long time. Maxine put in blackberries in the same area (just past the sand turtle she put in for the kids).

One of his last lines says, “The oak is massive and quite a sight. I looked it over today and have located the ideal limb for a swing – so a rope and a board will be required for a “young people’s enjoyment spot.” Not only did his children enjoy that swing, so did his grandchildren. Everyone loved the swing. 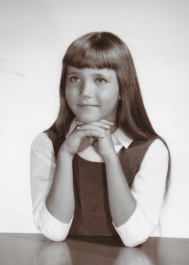 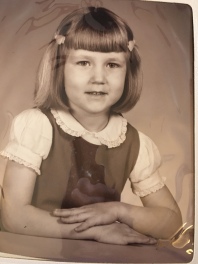 He’s talking to his parents and goes on, “I’m proud to say that one of the attributes I’ve received from both of you is to give my employer my best and not be afraid of hard work. I thank you for that heritage-you both are such hard workers and truly dedicated employees.” His closes his letter, “Loads of love, Lloyd.”

The next letter is dated October 9, 1966. He says, “It’s a beautiful Sunday morning here in Stockton and the girls including Momma, are attending their first Sunday school while Paul and I enjoy a morning together.”

He says “It’s probably unnecessary to say that I’m pleased to have us again united as a family. This business of living alone is for the birds. It was a real pleasure to have picked up my family a week ago last Friday and I brought them to our new home. Paul loved me all the way to Stockton and would reach over and hug me every few minutes. When he arrived he was harnessed to Maxine and he broke into tears when he saw me because he couldn’t run to meet me. Above all else, however, the light of my life has arrived and life again has a sense of real balance and purpose with her by my side.” Now, in all fairness to my mother-in-law, Paul took apart a water fountain on this trip (he was 3) and she was traveling with a three year old, five year old, seven and nine year old kids. I might have used a harness, too. 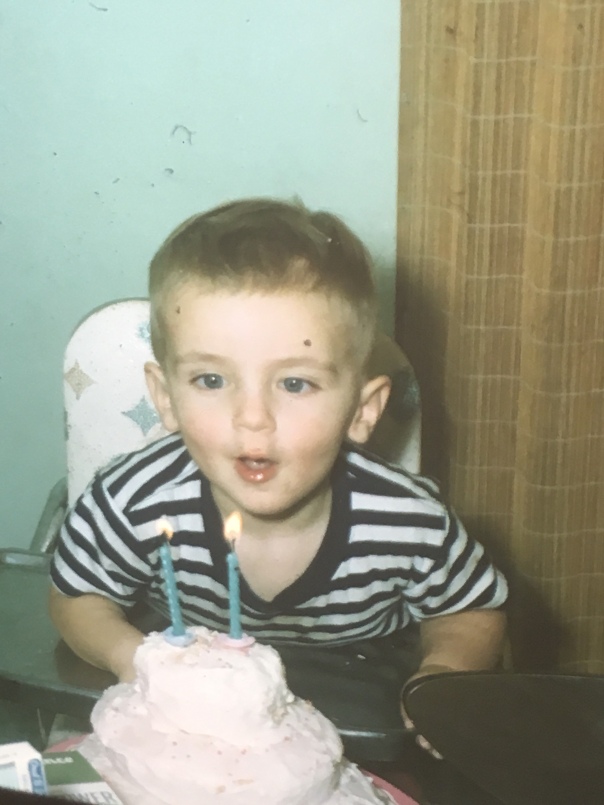 His update includes the kids, “Carol has had her ninth birthday and was most delighted with your gift. She loves money, particularly the green folding kind and has spent some of it on a basket for her bike and a new combination lock for her bike so she can lock it up when she rides to school.

Mary Jean is making many friends (as usual) and has been to several activities with friends, including a birthday party.

Anita is as mischievous as ever and full of ‘old nick’. She keeps us hopping, believe me, but she is also so affectionate that you cannot help but love every bit of her. I believe she has her father’s number and I’m sunk when she comes to me with a kiss or a hug.

Paul is his typical affectionate and helpful self and is constantly suggesting that we go over and visit grandma or grandpa. I’ve tried to explain the distance to him but this doesn’t stop his request for a visit.”

He ends this letter, “Paul just came in –gave me a hug-then rushed out again for more tricycle riding on the driveway. He’s a dear soul and so darn loveable.”

Lloyd gave Maxine the last page to add her thoughts to her in-laws and then at the very end, you can see all three girls wrote notes to their grandparents. These are so precious. It seemed California living was agreeing with the Bennett clan.

Here is a video Taylor took of Maxine and Lloyd’s yard in 2010. Much of it was the same and very well loved.