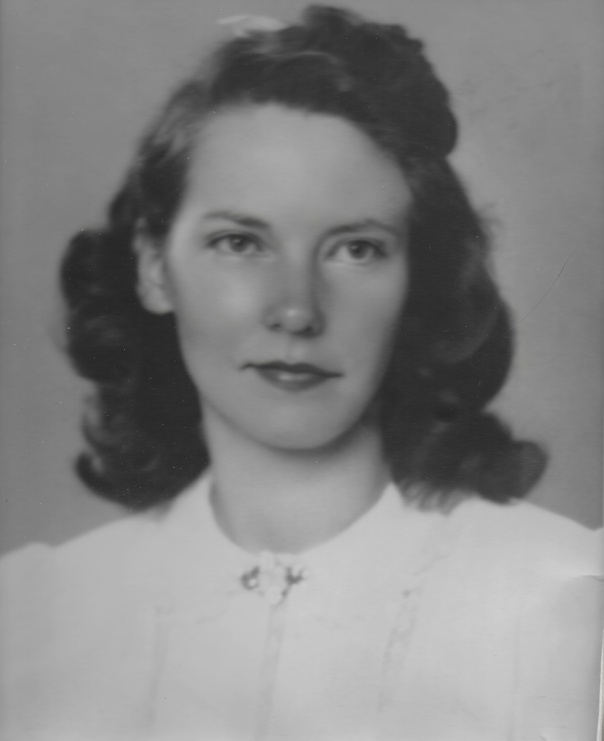 Venita Maxine was born the fourth of five children to Leonard R. Bailey and Mary A Butterworth Bailey. Her siblings were (Leonard) Vaughn, Claron, Vayles and her one sister Mary Mirian Bailey Wadsworth.

Before I started writing my blog, I had read a copy of a book that had been written by Aunt Mirian. She had given it to her sister Maxine and her writing was so beautiful, I was simply entranced. She detailed their lives of growing up as a family so perfectly, I could see and hear each of the family members without ever having met them. I was hooked. So, part of the descriptions we have of Maxine come from her sister. There was such a truth to her writing that I knew that I wanted to write something like she had written. She had loved her family and shared her words out of that love. That is what I have tried to do with my blog.

Aunt Mirian was five years older than Maxine and said that Maxine had been born at home. They lived at 3507 South, 13th East in Salt Lake City. Because of their age difference, Aunt Mirian thought of Maxine as a troublesome younger sister. She resented having to share a room with her because her sister seemed like a foreigner, mostly because from the day Maxine was born, she was a saint. Maxine had a quiet, sunny personality, gentle and obliging. Maxine lived in a secure little world of her own, reading and drawing, and excelling in everything she did. Except her housework. Mirian recalled chasing Maxine up over the canal bridge and literally dragging her down to the house to finish some chore. That makes me laugh.

When Maxine was three, she was given the privilege of naming her baby brother. I cannot fathom anyone letting a three year old name a baby, but she choose Vayles. And that, my children, is why we don’t let three year olds choose names.

Mirian thought Maxine was predominately a Butterworth, like her mother, inheriting all the good and worthy traits and none of the Bailey fire and brimstone. Maxine moved serenely through childhood, playing with her friend Bernice Cummins across the road. She was undemanding and pleasant, never one to pick a quarrel. When she was two years old, their father taught Maxine to spell all of their names and he delighted in showing her off. 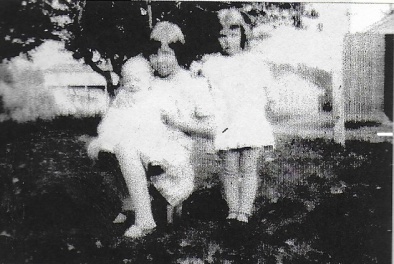 When Maxine was in the 7th grade, her mother had been hit by a car crossing Highland Drive on their way to a show at their church. She was taken by ambulance to the County hospital. Mirian said they had been waiting for a movie to start at the church when a neighbor came to take them to the hospital. Mirian walked into the hospital holding Vayles’ hand, scared to death what they would find. Her mother was lying on a gurney. Her hair had come undone and was hanging over the side of the bed. She had a great bloody gash on her head. Her mother’s face was white with pain and shock but she still whispered that she was alright to her children. Mirian couldn’t recall who had taken the children back to the house, but she’d spent the night next to Vayles, her youngest brother. They were all too upset to sleep. In the morning, a car came down the drive and Mirian thought her mother had died. She hadn’t. It was her Uncle John bringing her father home, but Mirian said she would never forget that awful moment when she was certain her mother had passed away.

Their mother’s pelvis had been fractured and her left leg was broken in eleven places. Some of the doctors thought it should be amputated but her doctor said no. He put a huge cast on it from her thigh down to her toes with ugly looking pins through the knee and ankle.

Mirian says, “I remember dreaming one night that she had indeed died and I ran from the sleeping porch where Maxine and I slept, down the hall to her room and stood by the side of the bed straining in the night light to see if she were breathing. She (her mother) must have sensed me being there because she awakened. I was so relieved I began to cry. She held out her arms and I fell on top of the covers as close as I could manage to get to my mother in her narrow little bed and she held me tightly against her until I could stop crying.”

Maxine was forced to miss the 7th grade completely. She stayed home and cared for her mother after not being able to find a nurse. Maxine was chosen to stay home because Mirian was a senior in high school and her parents wanted her to graduate with her class. Mirian says it didn’t slow Maxine down one bit. Maxine went straight into the 8th grade and brought home straight A’s. 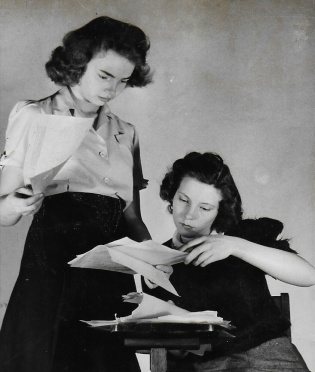 Mirian was given $1 each day and she would have to decide what to make for dinner, walk to the store and then go home and make dinner for “three hungry brothers, a sometimes impatient father, uncomplaining Mama, Maxine and myself.” She’d feed 7 people on that $1 a day. Ground beef was 2 lbs for a quarter and their cow provided milk. They churned butter from the milk and they had plenty of eggs.

Mirian said her diary, during this period of time, was filled with her own withering disapproval of Maxine’s adolescent laziness (as she judged it) and the mountains of wash and ironing she had every Saturday.

We are so lucky to have such a clear picture of Maxine’s childhood: how her life was impacted by the way they grew up on a farm, her mother’s accident, and how the consequences of that accident played into their futures.

The Bailey family was a fine Salt Lake Mormon family and took their religion seriously. One of the tenants of their church is to write in their diary every day. Maxine took this seriously indeed. From the time she was a young girl, Maxine kept a diary and wrote in it every day. Her diaries are very fun to read because most of the diary entries would contain where she went and what she did, but every once in a while, the real inner Maxine comes out. These little gems make each diary a wonderful read.

In the diary from November 13, 1940, her fifteenth birthday, Maxine says she left for school in a “I must appreciate my blessings mood.” She wore an orange dress and her stockings kept sliding down at the knees. She says all in all, school wasn’t much fun that day. Maxine received $2 for her birthday. At the eleventh hour, she went to a carnival at Z.C.M.I. (a department store in Salt Lake. It stands for Zion’s Cooperative Mercantile Institution, the very first department store in the United States. This store was founded on October 9, 1868). Claron didn’t get a doughnut, none of them had cider but it was fun. She ended her birthday by deciding she would ask Eugene to go to the dance with her the next day at school. She didn’t do any of her homework and didn’t put up her hair. She ends her post, “good-nite”.

By 1943, Maxine’s birthday entry says her dinner was super. Her best friend Bernice brought her a lovely green scarf and was asked to stay for supper. Mirian and Milton gave Maxine a bracelet and necklace. Vayles gave her a huge bottle of lotion and Claron contributed $2.01 toward the gift. She says they wrapped wedding cake until 11:30 p.m.. and that the bride to be (Mirian) was rather silly. This makes me laugh and we get to see some of Maxine’s thoughts of Mirian. Mirian and Milton Wadsworth were married on November 19th, 1943.

Maxine graduated from Granite High School in 1943 and not surprisingly, went to McAllen, Texas, on her Mission for the Mormon Church. She learned to speak fluent Spanish and had a terrific experience there. 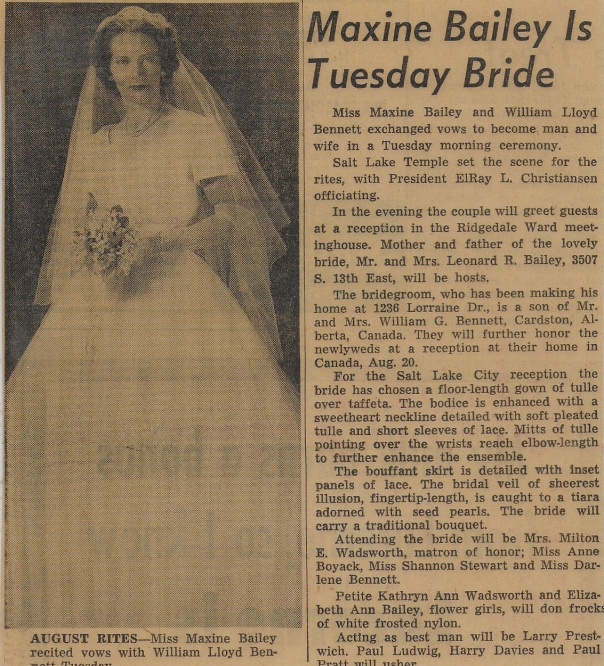