One of the best tips I received at Ancestry Day in San Francisco was during a presentation where the presenter said you can’t always trust the information you find, even when its in stone.  I was so glad to hear that because the date listed on Richard Adkins headstone shows he died in 1931. However,  he gave one interview to the Indian Pioneer History papers on March 11, 1937. For me, I had to decide which sounded more likely until I received his death certificate. There was no question that his death certificate shows his date of death listed as November 21, 1938. His age was listed as 87 years, 9 months and 7 days.

Nothing fancy, but I am still glad there is a headstone in honor of his memory.

Returning to his birth date, February 28, 1851, I like thinking about that date because his mother was there. She is such a difficult person to write about, with so little information known about her,  but let’s review what we have.

Of course, per usual, we can’t confirm her name. Not her first name, at least. So far, we know she was either “Millie”, “Nellie” or “Louisa Martha” Marshall. Dick Adkins was born at Fort Gibson in 1851. His mother was the daughter of Benjamin “Ben” Marshall. We have lots to discuss about Ben but for now, she is one of his eight children.  According to his Creek card he filled out in 1903, Dick said that as of July 9, 1903 he was 52 years old. That seems to confirm the date of birth.  His father is listed as Thomas Adkins.  His mother is listed as Nellie Marshall. And both are dead. Well, that’s not much information, right? Both were dead in 1903. Good thing he filled that out.

This is one of the barracks at Fort Gibson.

Back to Millie. Or Nellie. Anyway, in one of his Pioneer Interviews, Dick says his mother was Millie Marshall, daughter of Ben Marshall. She was a Creek Indian and a Euchee Indian and raised in Indian Territory. So, sounds like she was born after her father moved his family from the Georgia and Alabama area in 1833.  He goes on to say she died in the last year of the Civil War. The second interview dated six months later ,

Dick Adkins calls his mother Millie throughout the interview. Which document is stronger, his interview or his Creek roll? Tough decision.

Then, 1899 rolls around and Richard Adkins realizes he will have to have a trial to prove his citizenship. Several people testify during this trial and one of those who testified was  Mimie Kernal, a slave that belonged his grandfather Ben Marshall. Mimie Kernal didn’t know how old she was but knew Dick Adkins from birth, says that she nursed him and she names his mother as Millie Marshall.

I am liking her name being Millie more and more. I can’t really explain the difference to his Creek enrollment card but to say I know Richard Adkins couldn’t read or write and perhaps the person taking the information down misunderstood.

Mimie Kernal says they were living between the Verdigris and the Arkansas rivers and that Ben Marshall was her master.

In later testimony, Dick says that his mother died within one mile of Fort Washita. 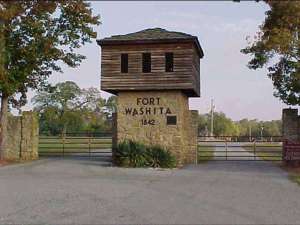 Fort Washita is in Durant, OK, the same place Dick Adkins goes on to raise his family and where Flora is born.

So I am comfortable with Millie. Reviewing everything I’ve found, I feel confident that was her name. Confident enough, I do believe I will remove the quotes that I’ve had around her name for quite some time. Millie Marshall. The sweetest thing she did for Dick Adkins was to call him Lump. Not much of a nickname, but a nickname it was. Lump Adkins was loved by Millie Marshall. I can tell he was loved, because Dick Adkins turned into a really great man who was well thought of by the people in his town of Sapulpa, OK and by others interviewed in different Pioneer interviews who said Lump Adkins was a kind friend. Poor Millie didn’t get to raise her son long if she died in the last year of the Civil War. If he was born in 1851 and she died in 1865, he was only 14 when she died. Millie Marshall left a good son behind.